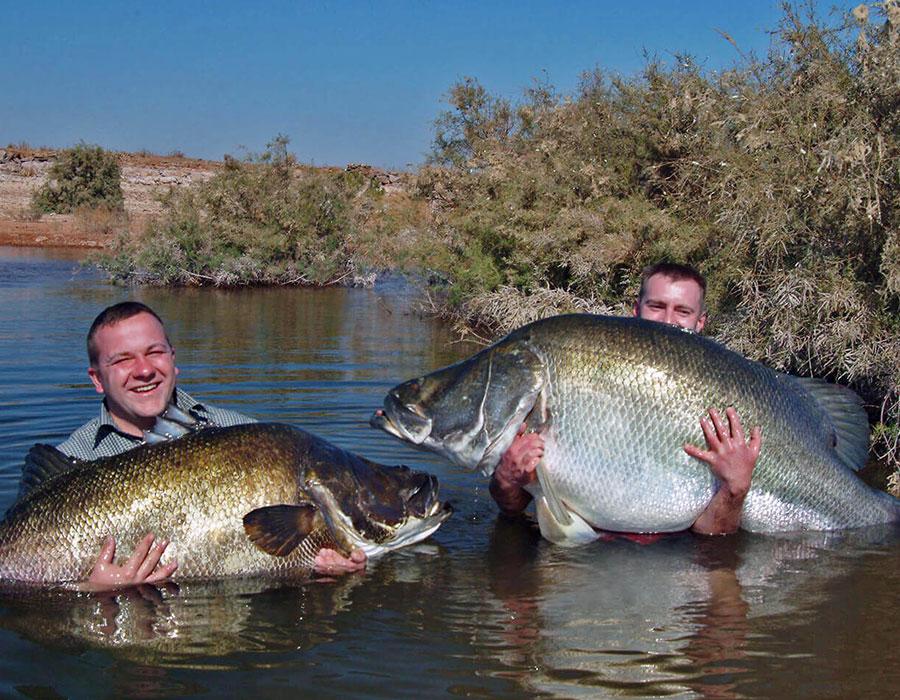 Besides wildlife safaris, Uganda is incomparably one of the exceptional spot fishing destinations in Africa. Its beauty isn’t largely reflected by its stunning scenery, warm welcoming people, the critically endangered mountain gorillas and the big game but also its remarkable water bodies. Situated on the Western and Eastern arms of the Great Rift Valley, Uganda features several water resources that have undoubtedly supported water based tourism. Being the best sport fishing destination, about a 3rd of Uganda is largely occupied by water, making it a home to numerous Lakes such as Lake Victoria, Uganda’s and Africa’s largest Lake and the second largest fresh water body in the world, Lake Kyoga as you head towards the Central part of Uganda, Lake George, Lake Albert, Lake Mburo, Lake Bunyonyi and Lake Edward. Incredible Rivers also make up the country’s natural wonders and they include the Mighty River Nile which features as the longest in Uganda and the second longest in the whole world, River Katonga, River Aswa, River Kafu and River Rwizi. Besides, there are numerous wetlands and swamps which equally offer refuge to distinct fish species that makes Uganda the best spot for sport fishing safaris in East Africa.

Over 350 fish species have been recorded in Uganda water bodies, most of which are commercial but mostly includes the tilapia and the big Nile perch that have supported tourism adventures in the country. There are also some Cat fish, Tiger fish, Barbel, Ferocious fighter, Rastrineobola, Lung fish, Protopterus and many more. If you have ever imagined about catching a huge Nile perch of about 20 to 200 kilograms then don’t miss visiting Uganda for memorable sport fishing safaris. While you are on your sport fishing adventures in Uganda, bear in mind that conservation is our priority that is why you catch and release back the fish into the water.

Where to go for sport fishing in Uganda

Sport fishing adventure in Uganda is a life time experience that allows visitors to explore the country’s fishing spots especially Lake Victoria including numerous Ssese Islands, River Nile that are all situated within Jinja; Murchison Falls National Park and Lake Mburo National Park. The fishing techniques used during this adventure are modern to ensure safety and promote sustainable fishing practices.

Sport fishing adventure in Murchison falls is conducted at the bottom of the waterfalls since the temperatures in the park are generally high and at times go up to 38 degrees especially around midday. This means that interested anglers to have sun screen lotion and hats, long sleeved shirts and insect repellents to guard you from biting insects.

Fishing experiences in Murchison falls involves the use of live baits and casting lures and visitors have a higher opportunity to catch amazing fish species like the Nile perch and cat fish as well as tiger fish. Therefore anglers need to come with three meter or 2.4 meter rod with a mounted spool or multiplier fishing reel, seven spinning rod with 3/5 kilogram line for catching small fish species and for cat fish and the Nile perch, you can use any fixed spool or multiplier with 30 to 35Ib line. You will need a sport fishing permit to allow you partake this most exhilarating adventure in Murchison falls national park which will also offer you opportunity to catch at least a 108 kilogram Nile perch.

The site is reachable using a boat or by simply walking down the gorge to the River from the top of the falls. The terrain is steep as you hike and this means you need some physical fitness.

Lake Victoria is the world’s second largest fresh water body that covers about 69485 square kilometers. It derived its name from Queen Victoria and features among Africa’s Great Lakes that is fed by inflows from River Kagera. This amazing natural wonder is shared between Uganda, Kenya and Tanzania and features all the 84 islands in it, most of which support fishing activities in the Lake.

Sport fishing on Lake Victoria is an all year round adventure but from October to March is considerably the best period for fishing tours. Traveling during this season offers anglers opportunity to at least cat a Nile perch of about 10 kilograms to 80 kilograms. The major fishing techniques used in Lake Victoria include trolling with lure. As well, there are chances of catching the Tilapia of about one to two kilograms using fly fishing methods. Anglers can therefore set off for fishing adventures on Lake Victoria with an 18 feet boat with a single foam filled hull which is managed by a Yamaha 140HP that takes about four people or simply take up a canoe or 24 ft fiber glass.

If you are planning to partake this adventure on Lake Victoria it is advisable that the boat that you are going to use has a sun overhead shed, rain jackets, a GPS, an electronic fish finder, life jackets, first aid box, cold drinks, fire extinguisher  and flares mobile phones. For day fishing tours, they begin at 9:00am up to 12:30pm or afternoon that begins from 1:00pm to 5:00pm with half day fishing tours that take about four hours and full day tours taking eight hours. This adventure is usually conducted around the local islands and it takes visitors about 45 minutes boat ride from mainland Entebbe. However, note that your exact site for sport fishing will be determined by the prevailing weather conditions.

Lake Mburo is one of the best spots in Uganda for sport fishing adventures. It is situated within the stunning Lake Mburo National Park, western Uganda and consists of 6 distinct fish species that are all thriving in its water including the tilapia. Sport fishing adventures in Lake Mburo are best conducted around Mazinga. You can come with your own gear and don’t forget to get a fishing permit that is issued by Uganda Wildlife Authority. Sport fishing permits in Lake Mburo National Park cost $15

If you are in Mount Elgon National Park or planning a tour to Sipi falls, make sure sport fishing doesn’t miss out in your itinerary. Mount Elgon National Park and the Sipi falls are found in Eastern Uganda. Sport fishing is such exhilarating adventures that you shouldn’t miss out in life. In Mount Elgon it is conducted within the three Sipi waterfalls that are found near national park. A safari to this site is an opportunity for anglers to challenge themselves with the rainbow fish specie together with its striking colorful and fighting skills. It weighs about three kilograms. For anglers who are interested in sport fishing in Sipi falls and Mount Elgon, permits can be obtained at Sipi River Lodge but don’t forget to carry your gear.

In conclusion, besides wildlife safaris, Uganda is also the best sport fishing destination in Africa with unexploited fishing spots for anglers to experience the most exhilarating adventures in the lives. Uganda caters for all the interests of anglers who are on their safaris in Africa. The prominent sites include Murchison falls national Park, Lake Victoria, Lake Mburo national park, the Sipi falls and Mount Elgon.

Book a safari with us at #mondsafaris
For more information,
Email; info@mondsafaris.com
0Shares
PrevNext